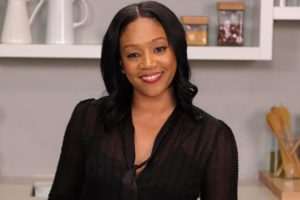 Comedian and actress Tiffany Haddish revealed in a Variety interview earlier this week that she was asked to host next year’s Grammys pre-telecast Premiere Ceremony but she had to turn it down because the Recording Academy didn’t offer to pay her or her expenses that would be related to hosting the show. After making that revelation, an executive from The Recording Academy spoke to Haddish and apologized to her via Instagram.

Haddish has also earned a second nomination for best comedy album for Netflix’s Black Mitzvah after being initially nominated in 2018 in the spoken-word category for The Last Black Unicorn.

She told Variety that when they asked her to host, they mentioned that they wouldn’t cover hair, makeup, or wardrobe for the three-hour event. “I was like, ‘The exposure is amazing but I think I have enough. I appreciate you guys asking,’” Haddish said. “And as much as I appreciate the honor of being nominated, that’s not okay.”

“This is something that needs to be addressed,” Haddish continued. “How many other people have they done that to? It’s like a guy asking you on a date but telling you that you have to pay for it.”

According to USA Today, Recording Academy Interim President and CEO Harvey Mason Jr. posted an Instagram video early Thursday morning to apologize to Haddish. He stated that a talent booker told her that they wouldn’t cover those costs.