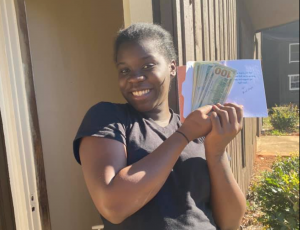 The COVID-19 pandemic has put a lot of Americans out of work or into struggle mode to keep afloat during the economic downturn. After seeing a woman get assaulted while on the job during a trip to a local McDonald’s in Atlanta, Georgia, one young woman decided to help out and raised over $1,700 to help.

Syed says she gave her a tip and offered to call the police to the scene. After returning home, she shared the story on Facebook and decided to help her raise money after learning she was pregnant.

“She was crying when I pulled up next. After giving her a small tip, I went back later to share the driver’s plate number, and realized she was pregnant. I decided to create a small cashapp/venmo fundraiser and we raised about $1700 in about 24 hours to put a smile on her face and show her not all humans are horrible,” wrote Syed on her Facebook page, describing the incident.