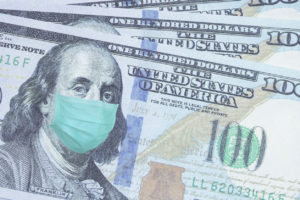 It is no secret Black people have been disproportionately affected by COVID-19 in countless ways, but the financial impact has forced many to find innovative ways to gain employment. In Philadelphia, one coalition is helping Black and Latino people do just that.

The coalition has offered a critical link by using training, financial aid, and networking to help cleaning company owners of color across the state compete and obtain contracts from government agencies and other large anchor institutions that typically go to White-owned businesses.

Currently, the Disinfect-US coalition wants to level the playing field by providing low- or no-interest loans of $55,000 on average, as well as grants, to cleaning business owners of color. So far, according to The Philadelphia Tribune, the coalition has raised $500,000 and provided assistance to seven businesses. However, the goal is to raise around a half-million dollars by the end of the month and hopes to double the number of businesses it assists within the next few months.

The commitment is a fair-minded approach to provide access to capital and impact investing that has longtime been criticized by Black companies and financial advocates. According to the Federal Reserve Bank of Atlanta, even before the pandemic, Black business owners were nearly twice as likely as White owners to have their applications for business financing rejected.

Companies who have benefited from the coalition have called it a game changer.

Companies involved have agreed to raise the hourly salary of their employees to at least $15 an hour. In return, in addition to the financial support, they get training on pandemic cleaning strategies, and help obtaining cleaning contracts with large institutions like universities or government.