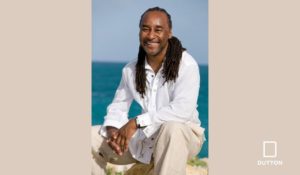 Author Eric Jerome Dickey, who had multiple titles become New York Times best-sellers, has died at the age of 59.

The author, who published 29 novels, succumbed to cancer on Sunday in Los Angeles, a publicist at Penguin Random House confirmed.

It is with great sadness that we confirm that beloved New York Times bestselling author Eric Jerome Dickey passed away on Jan. 3, at age 59. He will be greatly missed by us at Dutton and by the readers and fans he adored. @EricJDickey pic.twitter.com/rh9eaG4gUT

According to Entertainment Weekly, Amanda Walker, publicity director at Penguin Random House’s Dutton imprint, said in a statement, “Eric Jerome Dickey loved being a writer and all that it encompassed. He loved challenging himself with each book; he adored his readers and beloved fans and was always grateful for his success. We are proud to have been his publisher over the span of his award-winning career. He will truly be missed.”

Dutton is set to publish Dickey’s last novel, The Son of Mr. Suleman, later this spring on April 20.

According to People, his agent Sara Camilli wrote in a statement: “Eric and I have been together since the start of both of our careers. He’s been like a member of our family. His death leaves a large void not only in the literary world but in our lives as well. He was a writer’s writer–always striving to make everything he wrote the best it could be.”

Dickey is survived by his four daughters.