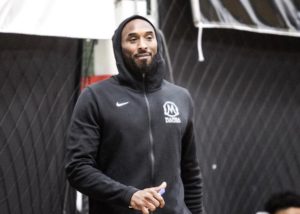 NBA legend Kobe Bryant, who died earlier this year in a tragic helicopter accident, was reportedly ready to leave the confines of sneaker giant Nike to start his own Mamba Brand.

According to a venture capitalist, Bryant had met with him to discuss those plans shortly before his untimely death. Shervin Pishevar, an Iranian-American entrepreneur, venture capitalist, super angel investor, and philanthropist, posted details of Bryant’s plan to his social media account this week.

Pishevar alludes to Bryant being unhappy with Nike, outlining his intentions to leave the sneaker giant and create a sneaker company that would be owned by players.

I met with Kobe Bryant in late December 2019. Kobe wasn’t happy with Nike and was going to leave it in 2020. Kobe was going to start Mamba, a shoe company owned by players. He passed away weeks later. What he was about to do in business was going to eclipse his sports career.

The venture capitalist also revealed that there were witnesses who attended the meeting and Bryant was presented with a prototype of the sneakers that would become part of the Mamba shoe company.

2/ These were the designs my team did to show him that day for an independent Mamba shoe company. Here’s calendar details. There were witnesses to the meeting and Kobe’s plans like Gina Ford, who manages Usain Bolt. pic.twitter.com/PgsIDt0P0E

The sneaker would incorporate a fitness app that would work in connection with the footwear.

*the the idea of the tracker in back back (attached by strong magnet) connected a great Mamba fitness app and integrated coaching/motivational features.

Bryant played his whole 20-year NBA career with the Los Angeles Lakers. He was a five-time NBA World Champion, a two-time Finals MVP, and the 2008 Most Valuable Player. During his career, Bryant made the All-Star team 18 times and was the youngest player to ever reach 30,000 points. Bryant retired from the NBA in 2016, scoring an NBA-season high 60 points in his final game.

The 41-year-old basketball legend died in a helicopter crash in Calabasas, CA, along with his 13-year-old daughter, Gianna, and seven other people on Jan. 26.