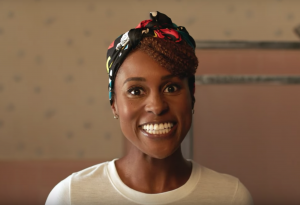 Insecure creator and star Issa Rae has secured a seat on the TV Academy Executive Committee for the 2021 season, according to The Hollywood Reporter. The Television Academy, which governs the Emmy Awards, announced the rising media mogul as one of six new chair members of the executive committee.

No stranger to the small or big screen, Rae has received multiple Emmy nominations for her work on A Black Lady Sketch Show and her popular HBO comedy series Insecure. Famously quoted saying “I am rooting for everybody Black” during her red carpet interviews at the 2017 Primetime Emmy Awards, the actress has always been vocal about the need for more representation in film and TV.

Rae also has an upcoming documentary about pioneers in Black television, Seen & Heard, debuting on HBO.

“We are thrilled to be able to leverage the collective expertise of this talented group of television innovators as we navigate this extraordinary time in the history of our industry,” said Frank Scherma, the chairman and CEO of the Television Academy, in a statement. “Their leadership provides invaluable insight that will allow the Academy to play an integral role in shaping the evolution of the medium.”

The Academy has come under fire in recent years for its lack of racial diversity. Deadline reported recent changes to promote inclusion, including the announcement of new additions to the board of the Television Academy Foundation in 2020. USA Today reported the Academy also changed its nomination process in 2020 to diversify selections and prevent racial bias.

The 2020 UCLA Hollywood Diversity Report found that while the representation of women and minorities increased from the year before, white men still dominate the TV and film industry. In television, chair/CEO positions remain 92% white and 69% male. Senior executive and unit head positions came in at more than 80% white and over 50% male.