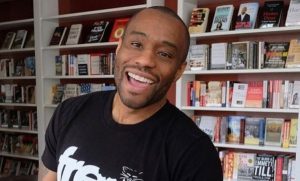 A double tragedy has occurred for former Our World with Black Enterprise host Marc Lamont Hill. He announced on his Twitter account that after burying his father earlier this week, his sister died a day later.

My sister died this morning. We just buried our father yesterday. This is the cruelest year that I’ve ever experienced.

Back in March, the activist, host of BET News, Philadelphia bookstore owner, and podcast host mentioned that his father had become seriously ill and was placed in a nursing home.

My 92 year old father is gravely ill and has spent the last 3 weeks in the hospital. He cannot be visited because of Carona. He is alone. He was just discharged to his nursing home facility that it also locked down. We just have to keep calling and praying he’s ok. This is tough.

Unfortunately, on December 11, his father died.

My father passed away early this morning. 92 years old. I’m grateful that I got to see his face yesterday and make him laugh one last time. Although I’ve lost a great deal of my joy, I’m trying to find comfort in the fact that he has lost all of his pain. Rest Well, Dad.

While still grieving from the loss of his father, Hill thanked everyone who reached  out to him on what he described as the “toughest birthday of my life.”

Toughest birthday of my life. Still, giving thanks for it all. Gratitude to everyone who sent love, prayers, and encouragement. Looking forward to this next trip around the sun.

Prayers from the entire BLACK ENTERPRISE family go out to Marc Lamont Hill.