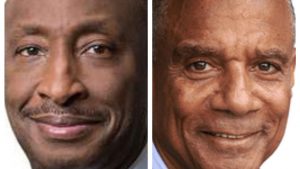 A coalition made up of 37 CEOs across various businesses and industries is promising to create 1 million new jobs for Black Americans over the next 10 years. This collective organization, OneTen, has announced that it will combine the power of these companies to hire and promote 1 million Black Americans over the next 10 years into family-sustaining jobs with opportunities for advancement.

“This is a moment in time for Americans to move past our divisions to come together and reach our full potential as a nation. Our country’s workforce of the future will be an increasingly diverse one,” said Frazier in a written statement. “Through the creation of 1 million jobs for Black Americans over the next 10 years, OneTen has the potential to address persistent intergenerational gaps in opportunity and wealth.”

“OneTen links our companies with the critical work we know we need to do to improve racial equity in America,” said Rometty. “This will not only help our individual companies but by removing structural barriers that have disproportionately hindered Black Americans from joining the middle class, it will also help lift all Americans. By bringing together a coalition of key leaders and asking them to make long-term commitments, we have the ability to change employment practices and help break down systemic barriers opening the door to full participation in our economy.”

OneTen will cultivate an ecosystem that will bring together major companies and partner with the nation’s leading nonprofits and other skill-credentialing organizations. It plans on creating a more flexible talent pipeline that will allow employees and employers to thrive by shifting to a skills-first paradigm.