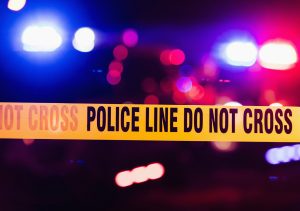 A revealing bodycam video has been recently released, revealing details about the fatal shooting of a Black man in Texas at the hands of police.

According to KHOU11, the City of La Marque released footage from a bodycam that shows a police officer shooting a Black man in the back as he was running away from the officer. As seen in the video, police officer Jose Santos shot Joshua Feast without warning as he was trying to get away and only gave Feast verbal commands after the bullet struck and took Feast down.

The shooting, initially reported almost two weeks ago by KHOU11, took place on December 9 at 11:15 PM at 1000 block of Pirtle Street in LaMarque, Texas. According to Galveston County’s The Daily News, it was reported by Sheriff Henry Trochesset that there is video evidence that shows that Feast had pointed a handgun at Santos. It also stated that Trochesset said as Santos approached Feast, he turned, ran, and pointed a handgun towards Santos, although there isn’t evidence of that in the video below.

There have been 95 Black People killed by the police since #GeorgeFloyd was killed on May 25, 2020. #JoshuaFeast posed NO THREAT to La Marque PD officer Jose Santos the night he shot Joshua in the BACK. Now, bodycam footage proves that!! pic.twitter.com/172Rt3vg2b

“As we had previously suspected, Officer Santos didn’t give Joshua any verbal commands, but shot him in the back as he tried to run away. This footage portrays one thing: A defenseless man was shot in the back when he had not disobeyed a single lawful command and posed no threat to the officer.

What the video does not show is what was depicted in the story told to CBS News by Sheriff Trochessett, the head of the Galveston County Sheriff’s Office investigation. Sheriff Trochessett, when interviewed by the media two days after the shooting, stated that his investigators told him the video (which he said he had not seen at the time) showed Joshua Feast pointing a gun at Jose Santos before Santos shot and killed him. He also stated that investigators told him that Feast was running towards the officers before turning and running away. The body cam footage released today shows no such thing. There was no other officer on the scene at the time, so there is only one body cam video capturing the shooting itself. This leads us to conclude that members of the Galveston County Sheriff’s Office—who are responsible for investigating the actions of this officer absent bias or predisposition—instead lied regarding the evidence revealed by the body cam video in order to taint and twist the narrative in the press, offer a justification for Santos’ actions and untruthfully attack the character of the deceased, Joshua Feast.