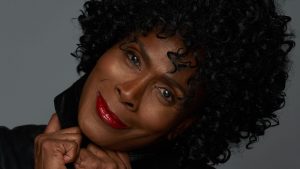 Actress Janet Hubert is no stranger to controversy and will never be known for holding her tongue. The Fresh Prince of Bel-Air alum and original Aunt Viv made a statement pertaining to white privilege when fellow actress Lori Loughlin was released from her stint in jail.

Loughlin, who was caught up in a bribing college admission scandal to which she gave a guilty plea, was recently released after serving almost two months for a sentence many consider light because she is a white woman. Hubert sent a Tweet in reference to the former Full House actress about her privilege, alluding that a Black woman wouldn’t be afforded the same opportunity.

So when white actresses commit crimes they get new shows, pilots, etc. Lori Loughlin …I assume, will get an Emmy for her time in prison. Hmmmm…oh to be white, blond, and privileged!
No thanks I would rather be bold, black, and dignified!#onlyinamerikkka pic.twitter.com/TW52HIWhVz

Waiting for all the justifying of criminal charges!🤔Makes you wonder did any of those students involved actually do their own class work!Or did mommy and daddy pay for those papers along with placement🧐Asking for real students! pic.twitter.com/Euxd3QwoSl

Don’t forget Felicity Huffman immediately got a job. We could never be that fortunate if it were the other way around.

Say it aunty say it. pic.twitter.com/3fmNS4CKyS

There’s something about sending off a tweet and being able to use a meme of yourself that gives it some extra umph.

Tell the truth and shame the devil! That’s what my Nana would say. 🥰Thank you Ms. Hubert.

In that order, 2 months in prison and that’s it.. A black woman would have got life without parole… White and privileged comes out again…. Smdh…..