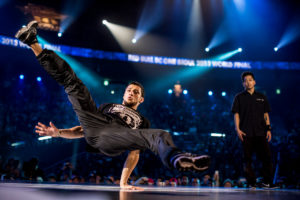 The stylistic art of breakdancing has been added to the list of Olympic events at the 2024 Paris Olympics.

Breakdancing, or breaking, has picked up steam in recent years as participants have been advocating for it to become an Olympic sport. According to CBS Sports, British breakdancer Karam Singh told the BBC the announcement is great news.

“It’s going to be great for breaking as it gives us more recognition as a sport,” Singh said. “And for the Olympics, it will attract young people who may not follow some of the traditional sports.”

Breaking was popularized in the early 1980s along with hip hop in New York City, but it was the 1984 movie Breakin‘ that gave it mainstream exposure. Recently, breaking and other niche sports like parkour have been under consideration as Olympic sports in an effort to appeal to younger viewers.

The sport was first considered for the Olympics by Paris organizers after the event was deemed a success during the 2018 Youth Olympics. Breaking passed further steps of approval last year by the International Olympic Committee. Antonio Castillo, chairman of the USA Breaking Committee, told CBS Sports that breaking already “has everything an Olympic sport needs.”

According to NBC Today, a dancer is judged on their top rocks, introductory dance moves as well as their footwork, and power moves, which includes spins and best tricks and freezes, when a performer sticks a pose.

Breakers are also judged on creativity and style, with strength, speed, rhythm, and agility providing an edge. Ronnie Abaldonado, a competitive breaker since 2004, told NBC the judges are mostly looking for stage presence and rhythm.

“The biggest part is your stage presence and character and your rhythm, whether or not you’re really feeling it,” Abaldonado said.

The event will take place on the Place de la Concorde, at the bottom of the famed Champs-Elysées.